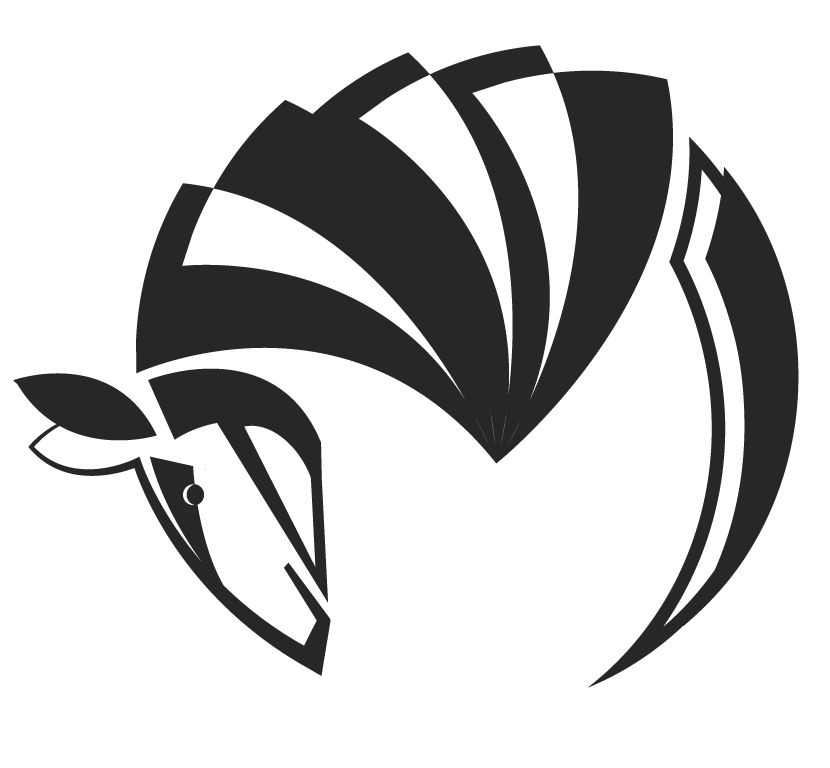 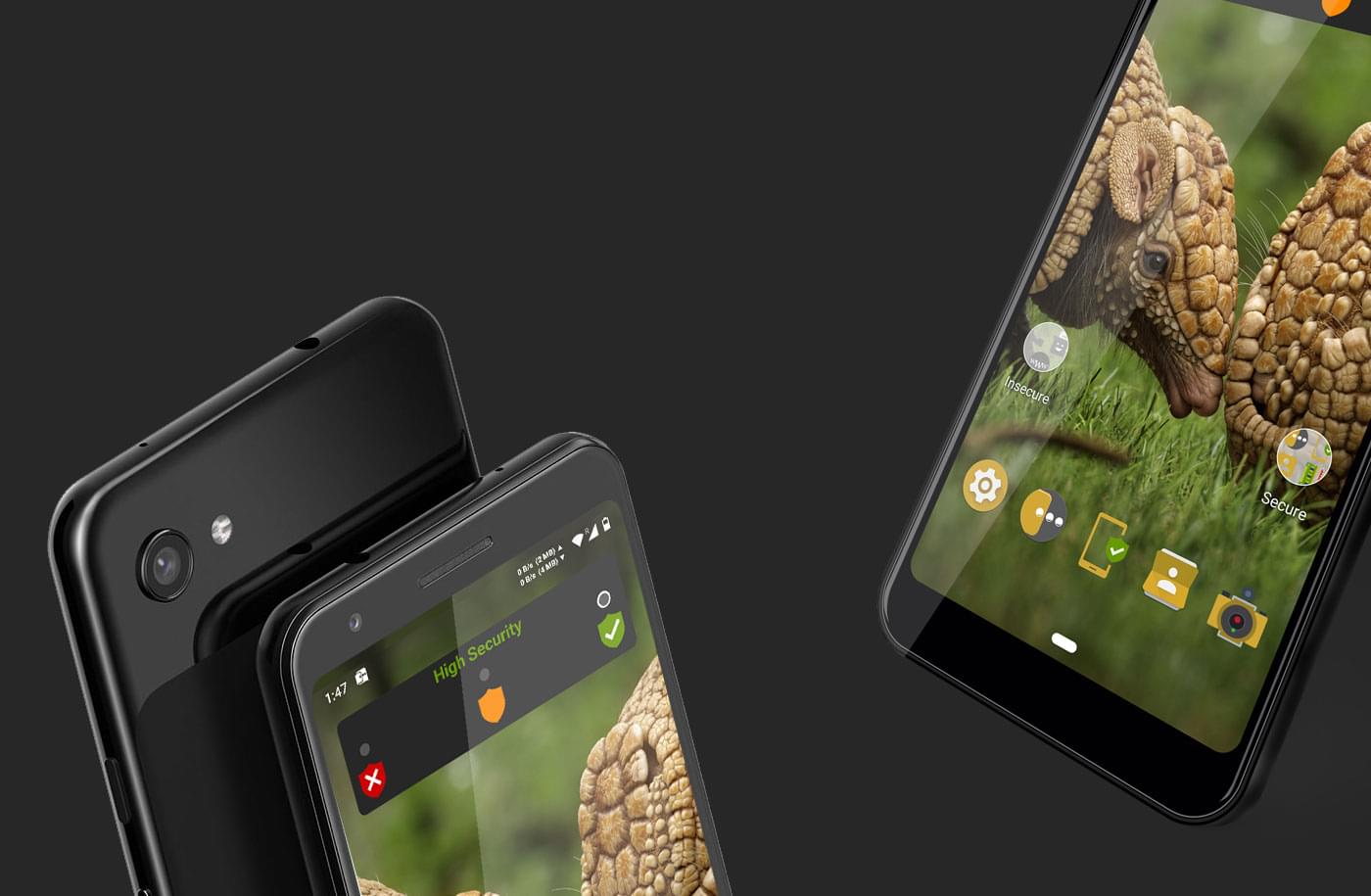 ARMADILLO PHONE 2 IS THE MOST SECURE SMARTPHONE

Armadillo Phone 2 combines our custom hardware, operating system, applications and network into one simple solution: the most secure smartphone you can buy.

We chose the Pixel 3A as the starting point for Armadillo Phone 2 because of its strong hardware security features like guaranteed security updates, verified boot and the Titan M security chip. The Pixel 3A has hardware ( called an "IOMMU" ) to isolate the operating system from the cellular radio and other vulnerable components. Armadillo Phones are inspected and shipped with tamper-evident seals, so you can detect if your package was opened during delivery. You can choose to have the cameras or microphones physically removed from your Armadillo Phone.

Armadillo Phone’s simple interface doesn’t allow you to put yourself at risk. The software has been hardened to prevent vulnerabilities that could compromise other phones. You can create multiple users and login by entering their password instead. If you’re forced to unlock your Armadillo Phone, you can login as a different user without an attacker noticing. Use incognito mode for temporary high-risk activity that's erased when you logout. The Network Activity Indicator shows how much data is being transferred over the network. The Privacy Indicator shows active cameras and microphones.

Armadillo Phone has been designed to be as secure and simple to use as possible, to prevent you from accidentally making mistakes. Easily switch between 3 "security modes" depending on what you're doing. Insecure apps like the web browser are only available in "low security" mode.

You can create multiple different users on your Armadillo Phone with separate data and apps. You can instantly switch to other users by entering their password at the lockscreen. This allows you to login to a fake user if you're forced to unlock your Armadillo Phone, without an attacker noticing. Use "incognito mode" to create a temporary user that's automatically erased when you logout or switch to another user.

Armadillo Phone is designed to be targeted by highly-skilled attackers, that's why we've hardened every layer of the operating system. The kernel, system, media, networking and storage have all been improved to eliminate vulnerabilities. We conduct professional third-party security tests on our software and infrastructure, including our encryption. You can see an audit of the OMEMO encryption protocol we funded here.

The "network activity indicator" is an icon in the top right of your screen that displays how much data is being uploaded or downloaded. It allows you to easily detect suspicious network activity, such as hackers uploading data off your device. Clicking on this icon allows you to view more detailed network statistics about each app.

Many core components of Armadillo Phone 2 ( including the kernel and Armadillo Chat ) have been released as open-source software. This means you can view the code yourself and verify there are no backdoors or vulnerabilities. We also use well-tested open protocols for secure communication, such as XMPP and OMEMO.

The "Radio Sentinel" app extracts low-level information from your device’s cellular radio and uses it to detect attacks. These attacks include fake cell towers trying to track your location or hack your phone. After detecting an attack, the Radio Sentinel will automatically disconnect from the malicious network and notify you.

The "Theft Sentinel" pairs with your Armadillo Beacon over Bluetooth. If your Armadillo Phone and Beacon become physically separated they will both trigger an audible alarm. Unless they're reconnected or your phone is unlocked, it will shutdown to protect your data.

The "RAM Sentinel" app monitors your Armadillo's temperature and prevents attacks designed to extract the memory from your device.

The "Install" app allows you to install new applications while minimizing the risk of malware. After being downloaded, an app is disassembled and scanned to detect suspicious behaviour. Permissions are shown along with security warnings prior to installation. Updates to existing apps must be done with the same build key, so if a server is compromised it can't send malicious updates. The minimal interface discourages users from installing unnecessary software, and warns them firmly about the risks.

“Armadillo Chat“ is a high-security instant messaging app. You can communicate with text messages, pictures, files, group chats or video calls safely. Armadillo Chat uses end-to-end encryption, so your messages are unreadable even if the server is compromised. You can use multiple methods to verify your friends' identities: scanning a QR code, asking a question, Wi-Fi verification or text verification.

Armadillo Chat automatically warns you about potential impostors in your contacts list and other devices logged into your account. In high-security mode, it will also warn you about any friends you haven't verified. Automatically set self-destruction timers, remotely erase individual messages or whole conversations. LEARN MORE

“Armadillo Control“ is an app that can be used to securely control other Armadillo Phones. You can remotely shutdown, alarm or erase devices as well as set security policies and more. It sends messages directly to other devices over Armadillo Chat instead of trusting a central server. With Armadillo Control, even if your network is hacked your devices are still safe.

Store especially sensitive text notes in the "Notepad" app, which uses an additional password to protect notes with extra encryption.

Armadillo Phone 2 is designed to be targeted by highly-skilled and well-funded attackers. Armadillo Phone 2 is intended to be resilient to compromise by reducing attack surface, isolating unsafe software, inventing novel security features and mitigating the impact of compromise. However we acknowledge any software can be compromised. All Armadillo products are designed to be “zero-trust“: each component treats other components as potentially compromised. This includes the hardware, software, network, server and even the user. Multiple layers of encryption, hardening and other mitigations are meant to provide a holistic defense-in-depth approach to a high-security smartphone.

Problem: An attacker is intercepting the connection between the victim device and the server.

Solution: The network is considered untrusted and assumed to be actively intercepting all traffic. Multiple levels of redundant encryption protect data being transmitted over the network. All connections are encrypted using TLS 1.3 with high-strength ciphersuites. The TLS connection is pinned which means the certificate is pre-installed on the device, this eliminates many MITM and certificate forgery attacks. TLS multiplexing prevents leaking protocol data and bypasses firewalls.

Network time is synchronized using TLS, instead of NTP. Name resolution is done using DoT ( DNS over TLS ), instead of plaintext DNS.

Problem: An attacker is targeting the server to gain access to confidential information and compromise its users.

Armadillo Server's services are separated into their own containers. If any individual container is compromised an attacker only has access to a minimal amount of data. TLS certificates and hashed user passwords are stored in their own restricted containers. Passwords are hashed using Scrypt to prevent password cracking.

Problem: An attacker is targeting a device to gain access to sensitive information and spy on its users.

Solution: The device is assumed to be under attack and the software is considered potentially unsafe. Many components of the OS have been hardened to prevent attacks. Enhanced memory protection and build-time sanitization prevent entire classes of unknown vulnerabilities. The network activity indicator and privacy indicator display when data is being exfiltrated or the cameras / microphones are being activated. The Radio Sentinel app detects cellular attacks, notifies the user and disconnects from the network. The RAM Sentinel application monitors the temperature to prevent cold-boot attacks. The Theft Sentinel application can sync with an “Armadillo beacon“ over Bluetooth and will shutdown the device if they become disconnected. The device uses dm-verity and a locked bootloader to mitigate evil maid attacks. Microphones and cameras can be removed to reduce the impact of a compromised device.

Problem: An attacker is targeting the user to gain access to their device or sensitive information. An attacker could be forcing the victim to unlock their device or using social engineering to trick the user into performing an unsafe action, such as installing malware.

Solution: The user is assumed to be coerced by an attacker. Multiple deniable users allow a user to deniably switch to other users without an attacker noticing. A simple color-coded interface informs the user whenever they are doing something unsafe. Insecure actions like installing new applications or using the browser are only available in “low-security mode“. Before installing a new application, the user must view all of its permissions and security warnings. Many unsafe system features have been permanently disabled, such as biometrics. Armadillo Chat's identity verification and impostor detection mitigate social engineering attacks.

Security patches from newer versions of the [Linux kernel] have been backported to Armadillo Phone. These include FORTIFY-SOURCE-STRING-STRING, HARDEN-BRANCH-PREDICTOR, INIT-ON-FREE-DEFAULT-ON, INIT-ON-ALLOC-DEFAULT-ON, INIT-STACK-ALL, BUG-ON-DATA-CORRUPTION and many more. Entropy for kernel userspace ASLR has been increased to mitigate memory corruption exploits.

Android's build process has been strengthened, including improvements for stack probes, bounds checking, frame pointers and automatic variable initialization. The compiler toolchain and libc have been hardened. The malloc implementation has been replaced with hardened_malloc, which is further tuned to enhance security and increase quarantine space. Cross-user interactions have been blocked at the framework level, to prevent leaking information about other users.

Historically, the Android media stack has been very vulnerable, so Armadillo has hardened it to resist attacks. The oldest, least used and riskiest codecs have been removed ( such as H263 and software codecs ). "Scudo", which is the hardened memory allocator for Android codecs, has been expanded in scope and hardened. The mediadrmserver and drmserver have been removed. MMS auto-retrieval is permanently disabled to mitigate remote attacks.

TLS multiplexing prevents leaking protocol metadata and bypasses firewalls. Network time is synchronized using TLS, instead of NTP. Name resolution is done using DoT ( DNS over TLS ), instead of plaintext DNS. TLS session tickets are disabled to prevent tracking across connections. The browser is only enabled in low security mode. Through software security policies, you can disable networks like Wi-Fi, cellular or Bluetooth.

Armadillo OS has improved Android's storage encryption by encrypting the metadata of each user separately. So even if your Armadillo's hardware security is compromised, revealing a user's password won't affect the security of other users metadata.

Armadillo doesn't require a primary user to unlock the phone before the rest can be unlocked. Instead, all users are treated as secondary users and the primary user is permanently disabled.

Unsafe software components have been removed to prevent vulnerabilities. This includes tracking software used by Google, manufacturers and third-parties. Dangerous permissions (like internet or location access) given to the Camera and Contacts apps have been removed. Safe default settings have been set, including requiring strong passwords and hiding notification content. If your Armadillo Phone is remotely wiped, it won't indicate it's erasing your data. Biometrics have been disabled. The UI for enabling developer options has been disabled. The ability to toggle Wi-Fi, Bluetooth or airplane mode from a locked phone has also been disabled.

Each of Armadillo Server's services are separated into their own containers. This prevents attacks by restricting individual containers to only the permissions and data they need. It minimizes the impact of attack, as compromising a single container gives a minimal amount of privilege.

Armadillo Server runs all services on the same port, with the same domain, and encrypts all connections identically. To an attacker intercepting the connection, everything looks like encrypted HTTPS traffic. This prevents leaking protocol metadata, which could be used to identify users with timing attacks. It also allows connections to bypass firewalls and mitigate deep packet inspection surveillance.